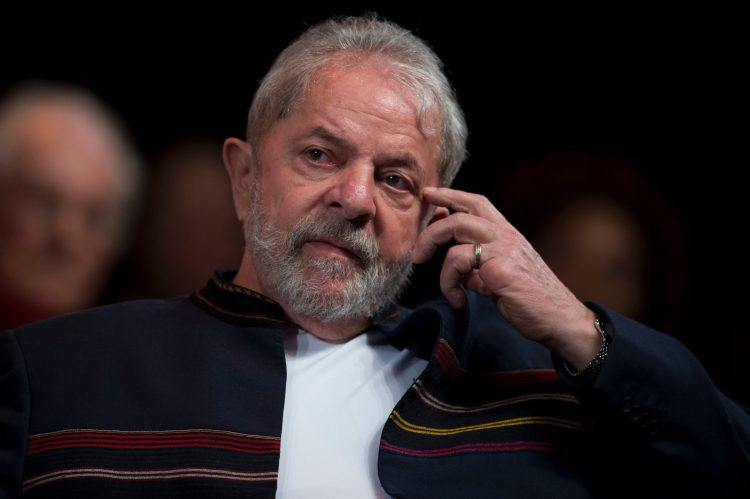 WASHINGTON — The rule of law and the independence of the judiciary are fragile achievements in many countries — and susceptible to sharp reversals.

Brazil, the last country in the Western world to abolish slavery, is a fairly young democracy, having emerged from dictatorship just three decades ago. In the past two years, what could have been a historic advancement — the Workers’ Party government granted autonomy to the judiciary to investigate and prosecute official corruption — has turned into its opposite. As a result, Brazil’s democracy is now weaker than it has been since military rule ended.

This week, that democracy may be further eroded as a three-judge appellate court decides whether the most popular political figure in the country, former President Luiz Inácio Lula da Silva of the Workers’ Party, will be barred from competing in the 2018 presidential election, or even jailed.

There is not much pretense that the court will be impartial. The presiding judge of the appellate panel has already praised the trial judge’s decision to convict Mr. da Silva for corruption as “technically irreproachable,” and the judge’s chief of staff posted on her Facebook page a petition calling for Mr. da Silva’s imprisonment.

The trial judge, Sérgio Moro, has demonstrated his own partisanship on numerous occasions. He had to apologize to the Supreme Court in 2016 for releasing wiretapped conversations between Mr. da Silva and President Dilma Rousseff, his lawyer, and his wife and children. Judge Moro arranged a spectacle for the press in which the police showed up at Mr. da Silva’s home and took him away for questioning — even though Mr. da Silva had said he would report voluntarily for questioning.

The evidence against Mr. da Silva is far below the standards that would be taken seriously in, for example, the United States’ judicial system.

He is accused of having accepted a bribe from a big construction company, called OAS, which was prosecuted in Brazil’s “Carwash” corruption scheme. That multibillion-dollar scandal involved companies paying large bribes to officials of the state-owned oil company, Petrobras, to obtain contracts at grossly inflated prices.

The bribe alleged to have been received by Mr. da Silva is an apartment owned by OAS. But there is no documentary evidence that either Mr. da Silva or his wife ever received title to, rented or even stayed in the apartment, nor that they tried to accept this gift.

The evidence against Mr. da Silva is based on the testimony of one convicted OAS executive, José Aldemário Pinheiro Filho, who had his prison sentence reduced in exchange for turning state’s evidence. According to reporting by the prominent Brazilian newspaper Folha de São Paulo, Mr. Pinheiro was blocked from plea bargaining when he originally told the same story as Mr. da Silva about the apartment. He also spent about six months in pretrial detention. (This evidence is discussed in the 238-page sentencing document.)

Every weekday, get thought-provoking commentary from Op-Ed columnists, The Times editorial board and contributing writers from around the world.

You agree to receive occasional updates and special offers for The New York Times’s products and services.
https://www.google.com/recaptcha/api2/anchor?k=6LeN0R4TAAAAACwPa5WX2QYE0npOf2-2veTOm2Tp&co=aHR0cHM6Ly93d3cubnl0aW1lcy5jb206NDQz&hl=pt-BR&v=v1519325468512&size=normal&cb=tu192m3v3ds4

But this scanty evidence was enough for Judge Moro. In something that Americans might consider to be a kangaroo court proceeding, he sentenced Mr. da Silva to nine and a half years in prison.

The rule of law in Brazil had already been dealt a devastating blow in 2016 when Mr. da Silva’s successor, Ms. Rousseff, who was elected in 2010 and re-elected in 2014, was impeached and removed from office. Most of the world (and possibly most of Brazil) may believe that she was impeached for corruption. In fact, she was accused of an accounting maneuver that temporarily made the federal budget deficit look smaller than it otherwise would appear. It was something that other presidents and governors had done without consequences. And the government’s own federal prosecutor concluded that it was not a crime.

While there were officials involved in corruption from parties across the political spectrum, including the Workers’ Party, there were no charges of corruption against Ms. Rousseff in the impeachment proceedings.

Mr. da Silva remains the front-runner in the October election because of his and the party’s success in reversing a long economic decline. From 1980 to 2003, the Brazilian economy barely grew at all, about 0.2 percent annually per capita. Mr. da Silva took office in 2003, and Ms. Rousseff in 2011. By 2014, poverty had been reduced by 55 percent and extreme poverty by 65 percent. The real minimum wage increased by 76 percent, real wages overall had risen 35 percent, unemployment hit record lows, and Brazil’s infamous inequality had finally fallen.

But in 2014, a deep recession began, and the Brazilian right was able to take advantage of the downturn to stage what many Brazilians consider a parliamentary coup.

If Mr. da Silva is barred from the presidential election, the result could have very little legitimacy, as in the Honduran election in November that was widely seen as stolen. A poll last year found that 42.7 percent of Brazilians believed that Mr. da Silva was being persecuted by the news media and the judiciary. A noncredible election could be politically destabilizing.

Perhaps most important, Brazil will have reconstituted itself as a much more limited form of electoral democracy, in which a politicized judiciary can exclude a popular political leader from running for office. That would be a calamity for Brazilians, the region and the world.